The male (external) condom is a thin latex rubber or non-latex polyisoprene covering which is rolled onto an erect (hard) penis.

Worn on the penis during sex, the male (external) condom provides a barrier which collects semen (fluid that contains sperm) and stops the transfer of fluids to a partner. Condoms can also be used on sex toys if they are being shared between people. This will reduce the risk of STI transmission.

Condoms are 98% effective at preventing pregnancy when used perfectly, but in real life they can be less effective (82%) because condoms can break and are not always used correctly.

Condoms are the best protection against STIs but are less effective at preventing pregnancy than some other types of contraception.

Condoms work best when used for every act of sex as long as you:

There are no side-effects, although some people can be allergic to the latex rubber or the lube. This isn’t common, but if you or your partner have a reaction, try using a non-latex condom made from polyisoprene (a type of soft plastic).

Condoms are the only form of contraception that also protect against STIs.

Can anyone use the male (external) condom?

Anyone can choose to use condoms.

Male (external) condoms are sold in lots of places such as chemists, supermarkets, petrol stations, online and some public bathrooms.

Condoms are free at all Family Planning NSW clinics and heaps of other services across NSW, as part of our Freedom Condom project.

Find more information about How to use a condom here. 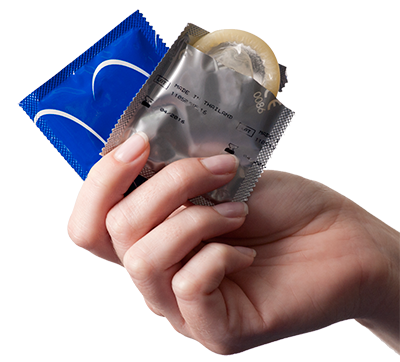