The menstrual cycle describes the changes that happen as a girl’s body prepares for a possible pregnancy; the lining of the uterus thickens to allow a fertilised egg to implant. These changes are controlled by hormones in the ovaries and the brain. If no pregnancy occurs, the thickened lining of the uterus is shed, and leaves the body through the vagina – this is called a menstrual period. Menstrual fluid contains blood, cells from the uterus lining and mucus.

A full menstrual cycle usually lasts about a month, but this can vary. The first day of bleeding is counted as ‘day one’ and the cycle ends on the last day before the next period starts.

When does menstruation start?

Girls usually get their first menstrual period between the ages of 9 and 16. Each girl is different and their periods may start earlier or later than someone else; their menstrual periods will start when their body is ready.

How often do periods occur?

At first, a girl’s periods might be irregular and not come at the same time every month, but after the first year they usually settle into a pattern of starting every 21-48 days (average 28 days). The pattern is different for each girl.

How long does a period last?

Each period lasts for about three to seven days. The first few days usually have the heaviest flow.

Period blood is thicker and darker than other blood. It might be bright red or brownish and be blobby or stringy. This blood is healthy, it doesn’t smell and isn’t dangerous to touch. No-one can tell that someone has their period just by looking at them.

What is used to manage periods?

To catch period blood girls can use pads or tampons. Using pads or tampons is a personal preference; some women with very heavy periods use a tampon and a pad together at the same time.

Pads and tampons are bought at the supermarket or pharmacy and come with instructions for use. Don’t flush pads and tampons down the toilet; they will block the drain! Instead, wrap them in some toilet paper and put them in the bin. 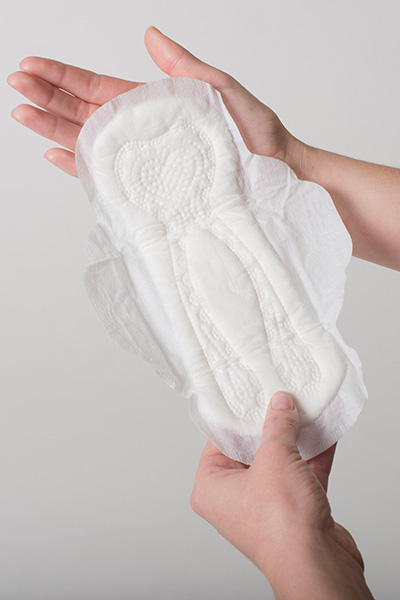 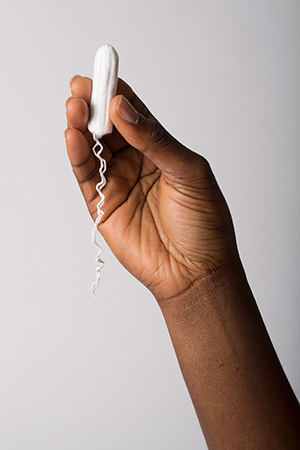 What girls may experience during a period?

There can be different experiences that accompany the various stages of the menstrual cycle. The range of physical and emotional symptoms that many women experience before and sometimes during a period (menstruation) is known as ‘premenstrual syndrome (PMS) and is caused by the hormonal changes that occur leading up to the period. Some girls will experience these; others will have no symptoms at all. Each girl is different and will get to know how their body changes during their cycle.

Common symptoms of PMS include the following:

Mood swings: Some girls may experience mood swings around the time of their period. Some people will feel quite fragile or emotional, some get short tempered and snappy – for others they won’t notice anything in particular.

Period Pain: Just before or during a period, some girls might have cramps in their lower abdomen (these are caused by the uterus involuntarily contracting in an effort to squeeze the lining out). Some girls find a hot water bottle on their lower abdomen or having a hot bath can help ease the cramps. Simple painkillers (e.g. non-steroidal anti-inflammatories (NSAIDs)) can be very effective. Some girls will have more severe cramps – others won’t notice any pain whatsoever.

Other symptoms can include: breast tenderness just before the period, bloating, tiredness, acne or a headache.

If you are having trouble managing experiences with your menstrual period, ask your doctor for further advice.

What are some common menstrual problems?

There are a variety of problems that can occur with the menstrual cycle. Some of the common problems are covered briefly below but it’s best to discuss any specific period problems with your local doctor, Family Planning clinic, or Aboriginal Medical Service (AMS).

Most people have some pain with their periods. This common type of period pain is caused by hormones which make the muscles in the uterus cramp so that it can shed it’s lining during a period. As long as it’s not particularly severe and it settles after a couple of days, it’s probably nothing to be concerned about. Pain-relieving and anti-cramping medications, a hot water bottle or a heat pack on the lower abdomen might help – make sure to read and follow the instructions on the packet.

If the pain is severe and the treatments you are using are not helping, other pain relieving medications and/or a hormonal method of contraception can be used as treatment options. The most common method used is the combined oral contraceptive pill.

If severe period pain is still experienced after trying all these treatments there may be an underlying condition such as endometriosis.

Endometriosis or ‘endo’ is a condition where the lining of the uterus grows outside the uterus. This condition affects 1 in 10 people with a uterus, after the start of their menstruation (getting a period). Endometriosis can cause a lot of pain during or just before a period, and can make period flow heavy (increased amount of blood/tissue). Endometriosis may cause other problems as well, such as pain when having sex, tirednes or fatigue and it might make becoming pregnant more difficult for those trying to have a baby.

There are different ways to treat endometriosis. Treatments include hormonal contraception like the pill or a hormonal IUD. There may be surgical options for some people where hormonal options do not work.

Severe period pain is not normal and periods shouldn’t keep you from doing anything you would normally do. You should see a doctor if:

If you think you have very severe period pain or suspect you have endometriosis, it’s important to discuss this with a doctor – visit your local doctor, Family Planning NSW clinic, Aboriginal Medical Service (AMS) or call Talkline on 1300 658 886 for advice.

Heavy periods (excessive menstrual flow) can interfere with a girl’s physical, mental and social wellbeing. Some girls find heavy periods to be quite difficult to manage, causing emotional distress; and over time, heavy periods can cause anaemia if not treated. Heavy bleeding can be caused by many things, including hormonal imbalance, endometriosis and uterine growths such as polyps and fibroids. Often hormonal contraceptives are an effective treatment to help regulate the menstrual flow; however treatment will depend on the cause of the bleeding.

If your periods are heavy, see your doctor for advice.

Some women have never had a period – this is called primary amenorrhoea and is very rare. Primary amenorrhoea is usually due to a genetic or physical abnormality. If a girl has not had a period by the time she is 16 it is important that she sees a doctor to make sure there are no medical problems delaying the period.

A woman may also have had periods in the past but they have stopped. This is called secondary amenorrhoea and the most common cause is pregnancy. If a woman is not pregnant it is usually caused by a hormonal disturbance. These are often temporary and can be caused by such things as stress, weight changes, over-exercise, travel and emotional upsets. Sometimes periods will stop when a woman is in her thirties or forties because of early menopause. This sometimes runs in families. When the periods don’t stop completely but where there are long spaces of time between them, it is called oligomenorrhoea.

Women who have no periods for more than six months or who have only three or four periods in a year should talk to their doctor.

This is any vaginal bleeding that is not part of a regular period; bleeding between periods, bleeding after having sex (unless it’s their first time) and bleeding after menopause can be a sign of problems. Common causes can include infection or hormonal changes. Even if the bleeding is very light, or only happens now and again, it is important to see your doctor for advice.

Some women may experience bleeding or ‘spotting’ when using a hormonal form of contraception and this can be normal and may not be bothersome. The doctor will discuss this with the women when receiving the contraception. If the spotting is a concern, see your doctor for further advice.

If you are concerned about your periods, or just have more questions, call Family Planning NSW Talkline 1300 658 886 for information and advice.